Which president repealed the “Don’t Ask, Don’t Tell” policy in 2011? Who was Harvey Milk and what were his contributions to the gay rights movement? What events are typical of Pride celebrations?  Find the answers to these questions and more with these Britannica School activities!​ 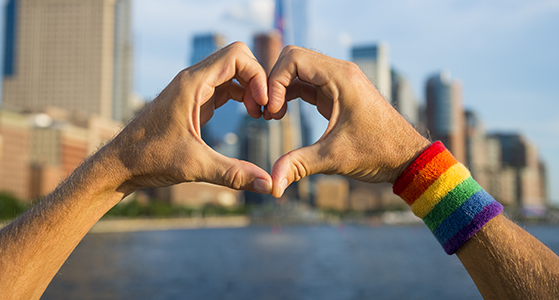 The gay rights movement is a civil rights movement that advocates equal rights for the gay, lesbian, bisexual, and transgender (LGBT) community. (The initials are also often rendered as LGBTQ, with the “Q” standing for “queer” or “questioning.”) The movement calls for an end to discrimination against LGBT people in employment, housing, public accommodations, and other areas of life.

The modern era of the gay rights movement in the United States began in the 1960s. On June 28, 1969, the police raided the Stonewall Inn, a gay bar in New York City. The police arrested and harassed the bar’s employees and some of its customers. That set off a riot among people outside the bar. Nearly 400 people joined the riot, which lasted 45 minutes and resumed on succeeding nights. Many historians view the uprising as a spontaneous protest against the perpetual harassment and discrimination suffered by the LGBT community in the 1960s.

The Stonewall riots sparked greater political activism. Many people began to work for equal rights for the LGBT community. On the first anniversary of the riots, several hundred demonstrators marched past the Stonewall Inn. Many people consider that to have been the first Gay Pride march. Today, Gay Pride is observed in cities all over the world, with parades and other celebrations.

At first, Pride demonstrations focused only on participants being proud to declare their identity. Members of the LGBT community later began to use the events to call for equal rights. Click through the links below to learn more about the gay rights movement’s history and sample Britannica’s coverage of the people, ideas, and accomplishments we honor this month.

Britannica subscribers, use these articles in your classrooms:

Below are a few links to start off your lessons with, or to encourage further research and discussion.

These links below will take you to articles outside of Britannica which can help support your school.

If you want a free demo or trial of any Britannica resources, just click here and one of our team will be in touch to arrange a time to suit you.

Tried it with your class? How did it go? Send us feedback on Facebook or Twitter and tag us @Britannica_UK.